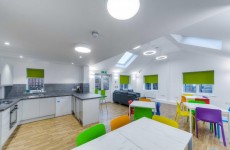 Earlier this year, we were successful in securing funding, from Public Health England (PHE) and the Clothworkers Foundation, for the refurbishment of a purpose-built Resource Hub in open to homeless people in Bognor Regis and the surrounding areas. The Resource Hub, which opened in March 2020, is located at... read more » 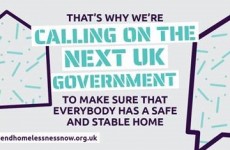 In one month’s time the UK public will vote to elect a new Government. The people we choose to lead our country will have the power to ensure every young person has a safe place to call home - but will they act on it? Homelessness charities and partner organisations... read more »

West Sussex has been awarded more than £340,000 to help rough sleepers get vital access to health service, following a successful application to Public Health England (PHE) led by Stonepillow. The money is part of the £1.9 million which has been allocated by PHE to be used on projects that... read more » On Saturday, 77 people braved sleeping out in cardboard shelters for one night to raise vital funds for Stonepillow. Our annual fundraising event took place in the grounds of Chichester Cathedral and was sponsored by Kiwi Recruitment. It has raised over £9,000 so far and this total is... read more » Stonepillow clients are off to university!

We have been working with our partners, the University of Chichester, to transform the lives of our clients by giving them the skills and confidence to apply for degree courses. The pioneering initiative, which is the first of its kind in the UK, helps individuals without necessary qualifications... read more » 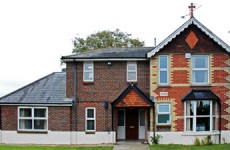 Stonepillow sad to announce death of it's founder

Stonepillow are very sad to announce the death of the Reverend Hilary Parsons. Hilary founded the charity, formerly known as St Richard of Chichester Christian Care Association, in 1989 following the death of a young homeless man in Chichester. Hilary was one of two Deacons at St. Richard’s Catholic Church... read more » 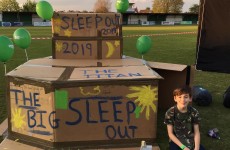 On Saturday 11th May, we brought our annual fundraising event The Big Sleep Out to Bognor Regis for the very first time, to mark our 30th anniversary! This was in addition to our annual Big Sleep Out which has been taking place at Chichester Cathedral each October for... read more » In the lead up to Christmas, a group of friends combined largely from churches in Chichester, gathered outside of Chichester Festival Theatre to sing carols and raise money for Stonepillow. This has been happening for over thirty years and has grown from success to success. With the rise in... read more »

Success for the Big Sleep Out 2018

The Big Sleep Out 2018 took place on Saturday 13th October at the Chichester Cathedral and was a huge success. We had over 120 people sleep out in cardboard shelters and the event has raised nearly £17,000 so far! These funds will make a huge difference to the lives... read more »