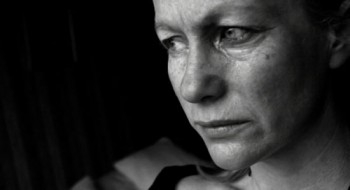 Amy had been with her husband for approximately ten years. The relationship had been emotionally abusive for most of this time. They separated briefly and he returned to Wales, his birthplace. Amy considered changing the tenancy of her council property into her sole name but before she could do this her husband asked to return and they temporarily reconciled. Her daughter, from a previous marriage, also moved into the house to enable her to save money towards a new business venture. It was not long after this that Amy began to experience increased emotional abuse from her husband.

It was alleged that Amy had assaulted her husband with a kitchen knife and she was arrested. The knife in question was actually a butter knife that she was using at the time. She had thrown it in his direction out of frustration at his angry allegations that she didn’t care about him. After her arrest he expressed remorse. He said he didn't realise that his report meant that she would be banned from the home but the legal process had begun and she was to wait until the following year for her case to be heard.

Following a stroke due to a heart condition, Amy was admitted to St Richard’s Hospital in Chichester. The hospital social worker was concerned that she had nowhere to go on discharge and contacted Stonepillow. Amy had recently been staying with friends but this option was no longer appropriate. She had benefits in place but did not have sufficient income to self-finance and was unable to return to her house that she had shared with her husband, which belonged to Arun District Council, due to her bail conditions. She had contacted Arun District Council and they were trying to provide temporary accommodation to enable her discharge. Amy was homeless and her medical conditions made her very vulnerable indeed. She needed a more permanent, safe place to live to enable her to continue her treatment.

Understandably very angry and frustrated by the way her husband had been able to manipulate the situation, Amy had not fully come to terms with the extreme emotional abuse she had been enduring. She was relieved to be able to speak about it to our team at Stonepillow who understood and recognised that her husband’s manipulation of events had caused her current housing and financial dilemma. This is typical of how an abuser can twist facts to suit their own aims but sadly the professionals dealing with Amy previously did not assess all areas of her vulnerability. She was extremely grateful for her contact with Stonepillow. She was relieved that we were able to be discreet and that she was listened to and dealt with in a supportive and sympathetic manner - she had not experienced this previously.

Stonepillow was able to speak directly to Arun Council and talk about Amy, confirming her story and reinforcing her situation and lack of resources. Consequently Amy was given priority for housing in a local temporary sheltered scheme until better, more permanent options could be sourced. We were able to negotiate with the hospital to allow her to spend one more night there and she moved into new accommodation the following day.

(Our client’s name has been changed to protect their identity)